On September 11, 2001, Michael’s life was taken on the 92nd floor of the World Trade Center. Mike was a 30-year old beautiful, caring person, and a special gift to us all. We are thankful that Michael was part of our lives. We are thankful for so many happy and precious memories that will be with us for as long as we live.
To honor Michael’s legacy, our family has established the Michael Canty Memorial Fund, to provide scholarships and awards in Mike’s memory.
Mike had an easy way of recalling his childhood imagination, and his nieces and nephews adored him. Kids were a central part of Mike’s life and he really knew how to make them smile. He gave, mostly in the way of love, support, and humor. The scholarship fund created in Michael’s name will allow him to continue to give to children in need for many years to come. 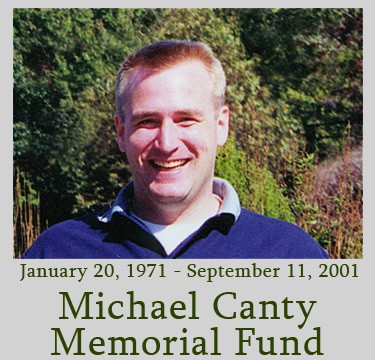 This web-page provides detailed information about Mike’s Memorial Fund and is divided into the following three sections:

From its inception in 2001, Mike’s Memorial Fund met with tremendous success and the Fund has received contributions from many corporations and individuals. The fund is a qualified charity and contributions are tax deductible under the IRS code section 501©(3). If you are interested in contributing,

We would like to keep you aware of the awards being made in Michael’s memory throughout the years. You are always welcome to contact Mike’s brother Bill Canty at 518-885-3230 with any questions.

The awards to Graduates of Schenectady High School are based on the personality and character traits of the applicant and his or her relationship with others, as well as academics and financial need. Successful applicants are ones who are well respected by his or her peers and also ones who show respect to the faculty, fellow students, and others in the community. Input from a steering committee of faculty members is very important in making these determinations.

At Loyola College the determinations for the awards are made by the college’s Financial Aid Office applying the criteria established for the award.

Thank-you for your interest in The Michael Canty Memorial Fund. Please join us in honoring Mike by moving forward… to live life to the fullest… to treat each day as a gift. 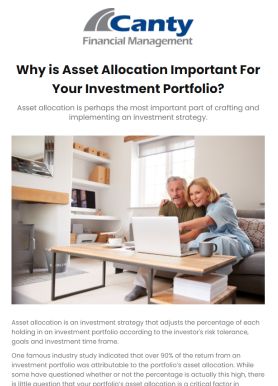 Ready to create your financial roadmap?

Want to see if our services are right for you?
Schedule a complimentary, 15-minute phone call today.
Schedule a Call
Copyright © 1987 – 2023 Canty Financial Management Inc. All Rights Reserved.
Website managed by Stallion Cognitive